My boys, who are 5 & nearly 7, love Skylanders. I mean, love Skylanders. All I’ve been hearing about for the past several weeks is how they can’t wait for Skylanders Trap Team to come out, and now I know I’ll be hearing a lot about Eon’s Elite, too.

The heroes  in the “Eon’s Elite” roster hail from the original Skylanders Spyro’s Adventure and have been carefully selected by Master Eon for displaying undaunted courage and commitment to defending all of Skylands.  Eon’s Elite features a never-before-seen decoration with a distinct, metallic finish and a golden base that sets them apart from other Skylanders toys.  Each of these special edition toys will be offered in premium foil packaging and also features a display case with a 3D lenticular background. Additionally, when played in-game, Eon’s Elite will be up to three times as powerful over other characters, which represents the biggest in-game boosts ever incorporated into a Skylanders toy to date.

“Eon’s Elite represents the most iconic characters from the original Skylanders game that started it all,” said Josh Taub, senior vice president of product marketing at Activision Publishing. “These eight toys are not only premium quality but also honor the characters’ strength, courage and commitment. We’re excited to extend our fans’ collections with this new line.”

Eon’s Elite characters will be available in limited quantities at GameStop and EB Games stores in North America, Australia and New Zealand, and select retailers in Europe this fall while supplies last.

And in case you’re not familiar with Trap Team, here’s a little about the upcoming game that will be launching in October (seriously, my boys can. not. wait.):

Launching in October, Skylanders Trap Team brings a ground-breaking innovation to the Skylanders franchise by reversing the magic of its signature Toys-To-Life play pattern to let kids bring life-to-toys for the first time. With Skylanders Trap Team, Portal Masters seek out and defeat the most wanted villains in all of Skylands, pulling them out of the game and into living rooms by capturing them in magical Traps. Players can then send villains back into the game where they play as them to fight for good. The game will include the Traptanium Portal, a new ring of magical energy that enables kids to not only bring their Skylanders to life, but also magically capture villains using the new Traps. Once they’ve defeated the villains, kids will be able to place a Trap into the new portal to capture them. They will also be able to hear the villains inside the Traps, an innovation that truly brings life to toys.  Skylanders Trap Team will be available on Xbox 360 and  Xbox One  video game and entertainment systems from Microsoft, PlayStation  3 and PlayStation  4 computer entertainment systems, Nintendo’s Wii  system, Nintendo’s Wii U  system, and a completely unique adventure available on the Nintendo 3DS  hand-held system. 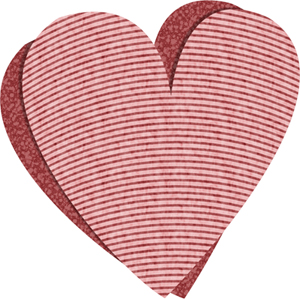 The Baby Monitor that Can’t be Hacked