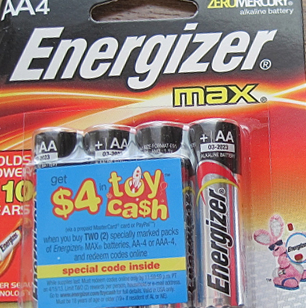 Don’t Forget Energizer Batteries for All Those Christmas Gifts! {Giveaway}